SAFS thanks the Miller family and the many faculty, students, and staff for their contributions to this memoriam. Some content was adapted from the obituary written by Craig and Catherine Miller and published in The Seattle Times on November 8, 2020.

On 31 October 2020, Bruce Stuart Miller, SAFS professor emeritus, passed away at the age of 84. 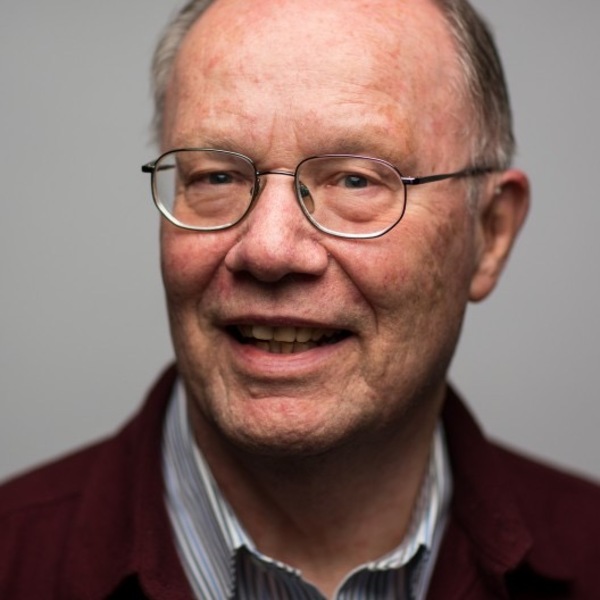 Born in Worcester, Massachusetts, Bruce was raised in Iowa City, Iowa, with his three brothers. He studied chemistry and biology at Grinnell College and did his graduate research at UW Fisheries (MS 1965, PhD 1969), where he studied the life history of flathead sole off Orcas Island, Washington.

Bruce was a cherished member of the SAFS faculty for 45 years. He was a professor for 27 years, retiring in 2002; he continued his passion for his field of study for 18 more years as professor emeritus. He was widely known and highly regarded for his expertise on the biology, ecology, and life history of marine fishes. Many of his students have gone on to successful careers in aquatic and fishery sciences.

Bruce served as FRI interim director from 1984 to 1986, after FRI Director Robert L. Burgner retired. In 1987, he became director of FRI’s Division of Fishery Science and Management. Bruce also spent much time—as a student and as a professor—at UW’s Friday Harbor Labs (FHL) on San Juan Island conducting research, teaching marine fish biology and ecology courses, and mentoring undergraduates in FHL’s research apprenticeship program. The San Juan Islands were his favorite place to work and a fantastic location to raise his family and go scuba diving.

Close friend, colleague, and collaborator Don Gunderson (SAFS professor emeritus; PhD 1976) elaborated on Bruce’s work: “He was interested in early life-history stages, which led to the book he wrote with Art Kendall.” Bruce strongly influenced Don: “I had mainly studied oceanic [fishes], but he lured me to FHL and the Salish Sea, which became my major research focus.” When Don told former FRI faculty Steve Mathews (PhD 1977) about Bruce’s passing, Steve put it succinctly: “A straight shooter always.”

Bruce was graduate committee chair and a very special mentor, colleague, and friend to two generations of the Buckley family—Ray (PhD 1997); his wife, Marta Gomez-Buckley (MS 2000); and his son, Troy (MS 1995).

Ray, SAFS affiliate faculty member with 45 years at the Washington Department of Fish and Wildlife (WDFW), remembers Bruce as first and foremost a professor for the students. Ray said: “Bruce supported us throughout our graduate careers. His expertise on marine fishes was unique at SAFS.” Ray added, “He always greeted you with a warm smile and gave freely of his knowledge.”

Marta remembers Bruce as a gentle giant “in stature and expertise.” She said, “He was someone you could trust. He listened and guided you through challenging graduate life with respect.”

Troy, recently retired from NOAA Fisheries, and his wife, Kristin, held a memorial for Bruce off the San Juan Islands: “It was a beautiful day to reflect on the quiet guidance from Bruce that I so appreciated as an undergraduate, a graduate student, and a colleague.”

Bob Lauth (MS 1987) credits Bruce with teaching him skills he applied across much of the eastern Pacific. He summed up: “Bruce’s memory lives on in my mind in all those places.”

Wayne Palsson (MS 1984) said, “He opened up doors for me, especially for marine fish research in Puget Sound and Alaska. Like many of Bruce’s students, I worked on marine fish ecology and groundfish biology throughout my career.” Wayne also worked with several of Bruce’s students, including Ray Buckley and Bob Pacunski (MS 1990) at WDFW. He summed up: “I thank Bruce for the many foundational lessons he taught me, which I apply every day.”

Bruce served on Susanne McDermott’s graduate committees (MS 1994, PhD 2003). She observed that he “understood how fish reproductive ecology and early life history shapes the behavior, distribution, and population dynamics of fish.” Susanne, an AFSC employee, added, “He was meticulous and expected the same from his students and colleagues. His down-to-earth approach and sense of humor made him a great person to work with.”

Bruce met his wife, Aase Marie, while they were working at UW Fisheries in the early 1960s. They were married for 55 years, and for both of them, family was the center of their world.

Bruce is preceded in death by his wife and survived by his brother, Bill; his two children, Catherine and Craig; and three grandchildren, Soren, Andreas, and Sarah. Donations in Bruce’s name can be made to the Friday Harbor Labs Discretionary Fund.

“Bruce loved marine fishes. His teaching and research philosophy was organic and always had a foundation in field work, whether it was in, on, or near the water. Among his favorite research tools were plankton nets, scuba diving, beach seines, and otter trawls.”

“Bruce was a great advisor and mentor to me, and just an all-around wonderful person.”

“I was Dr. Miller’s graduate student from 1983 to 1987. He was a great advisor to me. With great patience, he improved my writing for technical reports. I remember he was always a humble gentleman. He will be missed.”