Historically, sea otters were native to Washington State waters, but they were driven to local extinction during the maritime fur trade from the 1700s to the early 1900s. The last sea otter pelt was sold for $1,000 in 1910–enough money to buy a house in the early 20th century. The hunting of sea otters was officially banned after the 1911 International Fur Treaty was signed and enacted, but by then, sea otters were extirpated from the region. 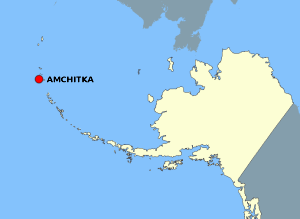 In an effort to reintroduce the species along the West Coast, more than 700 sea otters were taken from the Aleutian Islands and Prince William Sound in Alaska and released throughout their historical range in Oregon, Washington, Canada, and southeastern Alaska from 1965–1972. The otters released off of Washington’s coast came from Amchitka Island in the Aleutian Islands, where coincidentally, the U.S. governments’ testing of atomic bombs caused concern for the island’s resident sea otter population. The Washington and Alaska Wildlife Departments, the Atomic Commission, the Department of Defense, and the U.S. Fish and Wildlife Service worked together and used C-130 military aircraft, emptied after transporting cargo for the atomic tests to Amchitka, to fly some of the island’s sea otters to safety.

“This level of translocation, to many different areas with this many animals, and with the unique situation of the atomic testing, was unprecedented,” said Jessie Hale, a SAFS PhD student studying Washington’s now re-established sea otters.

Knowing Hale was interested in predator-prey ecology, Kristin Laidre, associate professor at SAFS, introduced her to a historical dataset on sea otter foraging behavior from the 1990s. Working with those initial data sparked Hale’s curiosity and got her excited about focusing on sea otters for her PhD dissertation, with Laidre as her advising professor.

“I actually didn’t know that Washington State had sea otters, which is funny because I grew up here,” said Hale. This is what drives Hale to take an active role in outreach to the local community. By giving public talks on her sea otter research, she hopes to excite locals to see sea otters in their own backyard.

Hale explains that sea otter population status, or the size of the population, is determined by usable habitat and prey abundance. Sea otters dive to get all their food, but surprisingly, the small mammals are not the best divers compared to other marine mammals. As a general rule, their typical diving depth is within 40 meters, which limits their suitable habitat to a narrow band between the coast and that depth. Once an area’s population reaches a maximum number, they start expanding out towards new habitats.

A consistent pattern between sea otter foraging and population status has been shown in other locations along the West Coast. Hale’s research is exploring this relationship by asking how much and what sea otters are eating and, as a keystone species, how are they impacting the nearshore marine ecosystem.

“If sea otters are food limited in a certain area, we could expect to see population growth slow down and maybe branch out into other areas,” said Hale. “Foraging behavior gives us another metric of population status and another piece of evidence in addition to the counts.”

To collect her data, Hale travels to remote sites along the Olympic Peninsula to locate and observe sea otters feeding. While in the field, she is accompanied by a field technician for safety, to help record data, and for fun and friendship as trips can be as short as three days or as long as three weeks. The pair must often hike to an elevated observation site above the beach to get the best sightlines of sea otters down in the water.

From their high vantage point, Hale and her technician scan the entire area with binoculars, searching for sea otters dotted along the water’s surface. Hopefully, the ones they spot will be feeding, but as she’s learned, the sea otters are not always cooperative.

“They’re supposed to eat 30% of their body weight a day, but sometimes I’ve watched them for close to 16 hours and they don’t move,” she said.

Overall, sea otters do eat a lot, so the team usually has pretty good luck finding them actively floating on their backs and feeding. To collect her data, Hale sets up a telescope for a closer look. The technician then records the data Hale observes as she calls it out. The data that they’re recording are mostly time-based: how long it takes the sea otter to dive down to the bottom to get the food item and then come back up, time spent on the surface, and time spent feeding. Additionally, they record data on what the otter is eating, including prey size, type, and number.

Hale’s findings have shown that, in general, sea otters in Washington do fit in with previously established patterns of the relationship between population status and foraging behavior. She was able to input her foraging data into the Sea Otter Foraging Analysis Database, which determines the estimated calorie intake per minute based on the sea otters’ observed diet. Hale found that sea otters in less dense, more recently occupied areas with faster population growth rates obtain more calories per minute than sea otters in higher density, slower-growing populations. When it comes to specific diet choice of where to get those calories (e.g., crab vs. clam), Hale found that habitat type was more important than sea otter population status. For example, sea otters foraging in the intertidal are more likely to eat snails, while clams and cancer crabs in sea otter diet were associated with open water habitats.

“We’re able to look at how their diet changes at different locations with different population statuses—if otters are getting more calories in one area than in another,” said Hale. “I think looking at what influences their diet will be important for future predictions of what sea otters are eating. Interestingly, I was able to see that habitat type had a stronger influence than population status on specific prey choice.”