By: UW College of the Environment staff 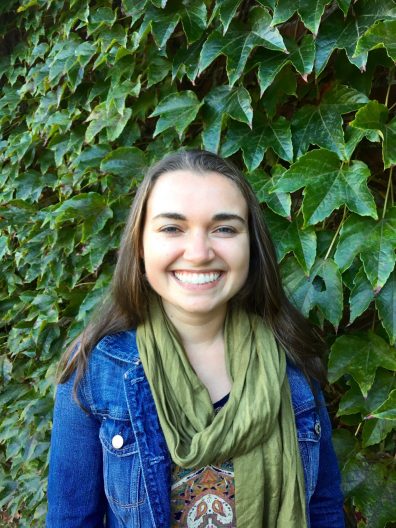 Three graduate students from the College of the Environment have been awarded the National Science Foundation (NSF) Graduate Research Fellowship, which recognizes and supports outstanding graduate students in science, technology, engineering, and mathematics. This year’s awardees include Irita Aylward and Zoe Krauss from the School of Oceanography, and Helena McMonagle from the School of Aquatic and Fishery Sciences.

NSF Fellows are anticipated to become knowledge experts who can contribute significantly to research, teaching and innovations in science and engineering. These individuals are crucial to maintaining and advancing the nation’s technological infrastructure and national security as well as contributing to the economic well-being of society at large.

Helena McMonagle studies how humans interact with the ocean and how to sustainably use marine resources, including resources in the “twilight zone” — the layer of the ocean from 200 to 1000 meters deep where little sunlight penetrates. This vast, global habitat is home to the most abundant fish species in the world, such as lanternfish and bristlemouths, yet these extremely abundant fish are largely unexploited, despite commercial interest in harvesting them for fishmeal and nutritional supplements (e.g., fish oil).

Before large-scale harvesting begins, McMonagle and her colleagues are interested in better understanding this ecosystem and the ecosystem services that these fish provide, including their contribution to the “biological carbon pump”— an important part of the carbon cycle in which marine life increases the amount of carbon the oceans absorb (about a quarter of all carbon dioxide emitted by humans). The contribution by twilight zone fish could be substantial.

Twilight zone fish contribute to the biological carbon pump because they undertake a daily vertical migration (the largest migration in the world) to the surface to feed at night, then dive back down to the twilight zone during the day to hide from predators, where they release much of the carbon they consumed at the surface.

McMonagle plans to use funding from the Graduate Research Fellowship and pre-existing data to estimate how much carbon twilight zone fish transport, how this varies across different regions in the ocean and what drives the magnitude of that part of the biological carbon pump.

“It’s an exciting opportunity to study a living marine resource, and its value to humans, before large-scale commercial harvesting may begin. I hope my research will contribute to making informed decisions about how to use this resource in the future,” says McMonagle.

Learn more about the other fellowship recipients here.