For over 40 years, Ted Pietsch has been committed in creating the most comprehensive work on fishes found in the Pacific Northwest’s inland marine environments. The University of Washington (UW) School of Aquatic and Fishery Science (SAFS) professor emeritus along with James (Jay) Orr, a research biologist with the National Oceanic and Atmospheric Administration, National Marine Fisheries Service, and UW SAFS affiliate professor, collaborated to publish the ambitious three-volume Fishes of the Salish Sea Puget Sound and the Straits of Georgia and Juan de Fuca. All 260 featured species are presented in vibrant detail by renowned fish illustrator Joseph Tomelleri. In addition to the striking images, this definitive work details the ecology and life history of each species, as well as recounts the region’s rich heritage of marine research and exploration. 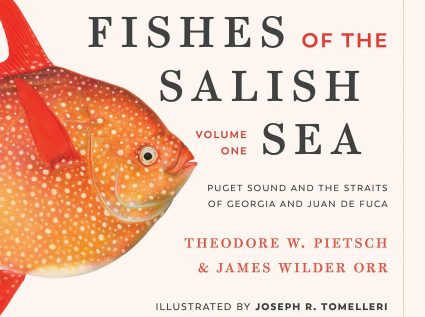 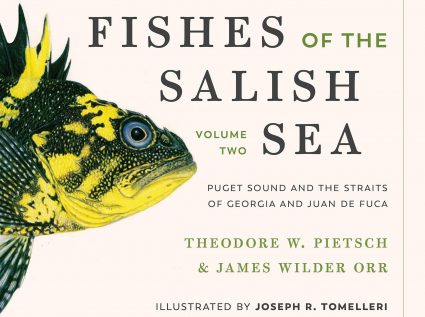 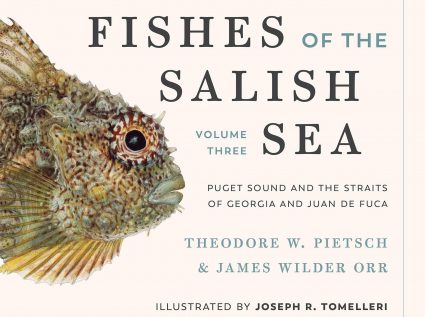 “Art and science collide magnificently in this monumental three-volume celebration of the 260 species of fishes that infuse the inland marine waters of Washington State and British Columbia, with hidden beauty, remarkable diversity and intriguing ways of living. This long-awaited work is a must-have not just for serious scientists and devotees of exquisite natural history artistry, but for any and all who find joy in exploring the wonders of nature.”

The impetus for the book began back when Pietsch was first hired at SAFS in 1978. While teaching the Biology of Fishes class he noted that there was no encyclopedic resource to show his undergraduate students the extensive biodiversity of fish found in the local waters. Opportunely, as the curator of the Burke Museum Ichthyology Collection, he also had access to one of the world’s largest fish collections. This combination lead Pietsch down a path where he, and former student Jay Orr, would set out to document all of the marine and anadromous fishes of Puget Sound and the Straits of Georgia and Juan de Fuca.

Throughout the lengthy process, being able to verify all of the individual specimens through the Burke collection proved to be invaluable. Pietsch and Orr had access to not only the physical specimens, but also the specific details regarding their capture such as location, depth, time of day, and even water temperature. “Without the documentation that goes with the specimens it [the book] would not have been possible,” Pietsch says. In addition to the Burke collection, they also examined samples and records from other collections from the Beaty Biodiversity Museum at University of British Columbia, the Royal BC Museum in Victoria B.C., and the California Academy of Sciences in San Francisco.

One of the more challenging aspects of the project, at least initially, was finding a captivating way to depict all of the unique species. Pietsch explains that preserved specimens often loose their color and markings over time and do not accurately represent how each fish would have looked when it was alive. Fortunately, the duo were able to recruit the talents of Joseph Tomelleri, who Pietsch describes as the “best living illustrator of fishes,” to realistically capture how each fish would appear in the wild. Pietsch believes the fantastic illustrations will contribute to the book’s broad appeal, drawing in naturalists, students, divers, and anglers. He even jokes that the fish look so good that “some might even might pull them out to put on the wall!”

Pietsch shares that while the book contains every known species of fish in the Puget Sound and the Straits of Georgia and Juan de Fuca, that for some species their life history still remains a mystery. “I think people who take a close look will be shocked to see how little we know. For some species, there is nothing known about their reproduction, what eats it, and what it eats.” Pietsch is optimistic that this work will inspire more scientific inquiry and discovery from its readers. “Who knows, maybe a student can look through this and find a future project?”

View the gallery below for more illustrations from Fishes of the Salish Sea Puget Sound and the Straits of Georgia and Juan de Fuca and click here to order your copy. 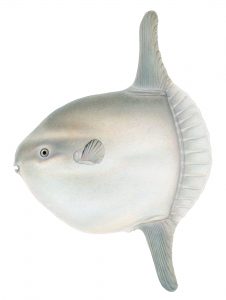 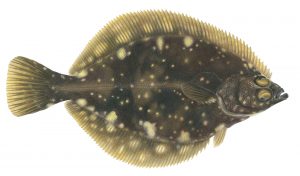 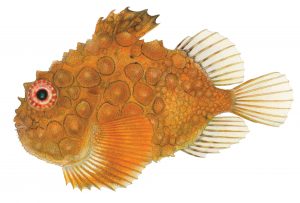 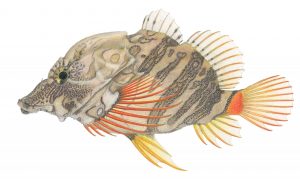 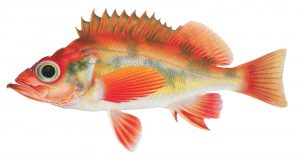 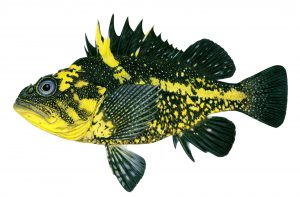 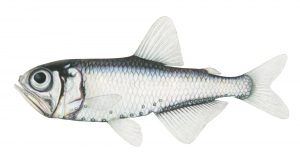 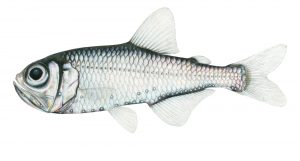 To celebrate what is being called “one of the most beautiful books ever created in the Northwest” come join us this Saturday, June 15 from 6-8 pm at Arundel Books in Seattle. On display will be an exhibit of the artwork for this project by artist Joe Tomelleri, with signed original prints for sale, and copies of this incredible book. The University of Washington and its Press have reason to be proud of everything the work represents. Come meet the people who made it possible, and celebrate their achievement. For more information view the Facebook event here.

The gallery exhibition will continue through August 1st, 2019.