In 1906 while attending a livestock fair in Plymouth England, Sir Francis Galton witnessed an interesting contest where locals were trying to guess the correct weight of a slaughtered and dressed ox (think jellybeans in a jar, but for butchers). He examined all 800 guesses and calculated the median calling it the vox populi, or “voice of the people,” reasoning that this would cancel out outliers on either side of the true answer. Astonishingly, the median guess was extremely close–within .8%–of the weight measured by the judges and closer than any individual guess. 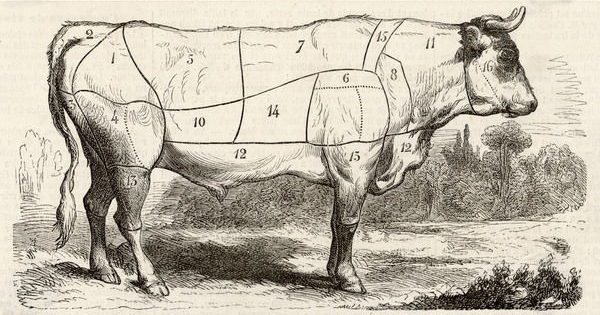 “This started the idea of the wisdom of crowds, where if you have a whole bunch of independent guesses you can average them, cast off the errant guess on either side and hone in on the right answer,” said Dr. Andrew Berdahl one of the University of Washington School of Aquatic and Fishery Sciences’ newest faculty members.

The wisdom of crowds ties directly into Berdahl’s work on animal movement, and more specifically, the collective movement of groups of animals like schools of fish or herds of bison.

While studying physics in graduate school, Berdahl was part of a research group exploring problems in biology through a complex systems lens. Essentially looking at how mathematical formulae in physics could be used to understand biological systems.

“There are some rich analogies between fish schools and systems studied in statistical mechanics, so the idea was to borrow some of those mathematics to better understand animal groups,” he said.

Within this context he began focusing on the mechanisms underpinning the coordinated group motion. The first being, what social interactions facilitate effective collective movement that helps groups make better decisions or solve problems, like avoiding predators.

Given these collective effects, groups tend to move differently than individuals. Berdahl wants to know what are the implications on broader ecological functions. How does it affect migration patterns and predator-prey interactions?

The past two summers, Berdahl has had the opportunity to travel up to the Alaska Salmon Program’s Aleknagik and Nerka field stations to investigate collective navigation–or how groups of animals can better find their way. A perfect introduction to the SAFS community and a sort of homecoming for the born and bred Canadian.

“Being from the Yukon I’m very interested in going back up to those latitudes,” he laughed.

“Salmon are like poster children for navigation. The individual salmon is incredible, but they are studied as individuals when they are often moving in groups. [In Alaska,] we have an amazing opportunity to test theories we have been developing on a real animal that completes a very challenging navigation,” he said.

Imagine you have a group of salmon out at sea in the Pacific that wants to come home to the Bristol Bay area to spawn. Like Galton asking “how many pounds is the ox” or “how many jellybeans are in this jar,” the question becomes “what direction should we go?”

Simulations have shown if you give each individual a different guess or preference on where to go the schooling group will tend to average them.

“Basically, the group dynamics does the job that Sir Francis Galton did of averaging everyone’s guess,” Berdahl said. “The bigger the group you have the more likely you are to go in the correct direction.”

“Say you have a migration of animals that are tracking a certain temperature of water over a long period of time. The ocean is a very noisy and turbulent environment so there isn’t a smooth gradient to follow. Groups can span that gradient and act as a sort of distributed sensor array. We have seen that bigger groups are better able to climb and follow those gradients,” Berdahl said.

“SAFS has already contributed a lot of great work to the field of collective behavior,’ Berdahl explains. “Julia Parrish has published some of the landmark papers in this area and recently Sarah Converse has shown the quality of the migration route or accuracy of the migration is a function of the age of the oldest individual,” he said.

While still enjoying working on collective behavior, Berdahl is excited about his position at SAFS and the opportunity to branch out into other areas of study.

“I’m hoping coming to SAFS will be a pivot point where I can begin to look at ecology and particular aquatic ecology more broadly,” he said.

“That is another draw of the Alaska Salmon Program and it is really exciting to already jump into a system and be surrounded by so much expertise, scientifically and logistically.”.

In his spare time, Berdahl enjoys being with his family, canoeing and fly fishing–which he hopes to take advantage of now that he is in the Pacific Northwest.

“In the fall, Tom Quinn took me out to a not-to-be-mentioned place for some fly fishing,” he said. “I’m looking forward to more of that.”