Global trade is much more prominent in recent years, and related statistics have been used to justify many policy positions. For seafood trade, though, it is quite difficult to piece together how much of the seafood eaten in the US was originally caught in the US. A new study now examines these complexities, finding that about 62-65% of seafood comes from foreign sources, much less than the widely reported 90% that is often cited. The numbers are complicated because much of the seafood caught in US waters is exported to other countries, primarily China, where it is processed into fillets and other products and then sent back to the US for consumption; and in addition, exports are often in the form of whole fish, while imports are in the form of processed products. Converting from processed products to whole weights is an uncertain task, and differences between conversion factors result in different impressions of the ratio of exports to imports. Patterns of globally interconnected seafood trade are especially important in recent times given the trade war between the US and China, since tariffs could be levied both on US-caught seafood both when sent to China for processing, and again on imports from China after processing. The new paper by Jessica Gephart of the National Socio-Environmental Synthesis Center, Halley Froehlich of the National Center for Ecological Analysis & Synthesis, UC Santa Barbara, and SAFS professor Trevor Branch, arose from a discussion on twitter, and appears in the journal Proceedings of the National Academy of Sciences USA. 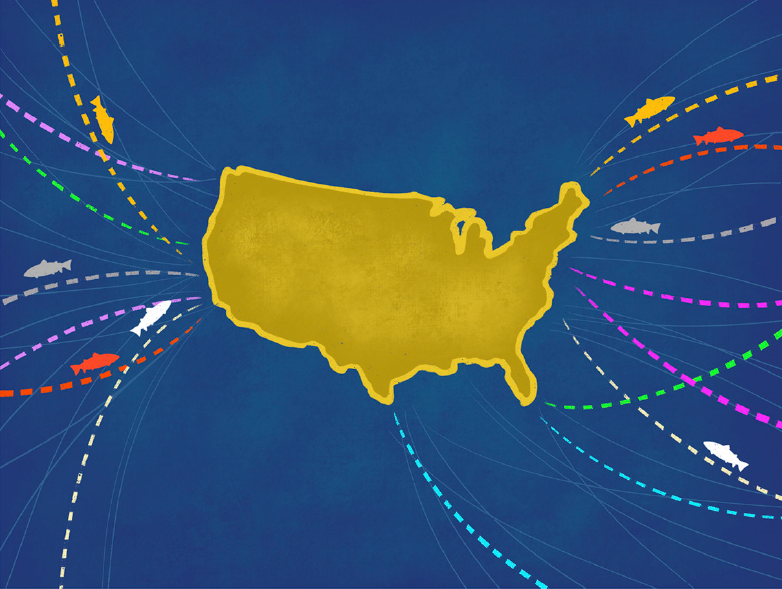