As anybody who’s ever worked with me can attest, I can be easily impressed by new ideas and, as a result, I can lack a certain professional focus. I learned at SAFS that this can be a good thing (within certain limits) and that, with some excellent mentorship, this lack of focus can be transformed into an integrative approach to science.

After graduating from Cornell University in 1999, I was extraordinarily unfocused, dabbling in a whole bunch of unrelated endeavors: technical writing, bird watching, rowing, coaching, fishing, and carpentry. I wasn’t especially talented at any of these activities and they weren’t inspiring any specific career plans. It wasn’t until 2001 when I took a job in the Ichthyology Collection at Harvard’s Museum of Comparative Zoology that I developed a special interest in fishes. Over the course of more than three years, Karsten Hartel, the collection’s manager, taught me a ton, and through him I made several trips on deep-water collecting cruises off New England. At sea, I saw anglerfishes with parasitically attached males, spookfishes with four eyes, and loosejaw dragonfishes with red-flashing lights. I was hooked on fishes and figured working on a PhD studying these odd creatures would be exciting.

There aren’t too many folks working on deep-sea fishes so the list of potential advisors and universities was short. However, I wasn’t at all sure of who and where would be a good fit. The late Ichthyology Curator at Harvard (and long-time Friday Harbor Labs instructor), Karel Liem, indicated there was one clear choice: Ted Pietsch at UW. In 2004, I interviewed with Ted, and later that fall I moved to Seattle and started as a graduate student in the UW Fish Collection.

My time working with Ted was dynamic and the most fulfilling period of my scientific career. Ted supported my travel to collections around the world, presentations at international meetings, and more fieldwork in the Pacific and Atlantic Oceans. Most of all, Ted encouraged me to leverage the diversity of expertise at SAFS so that I could take an integrative approach in my study of deep-sea fishes. I essentially had carte blanche, pursuing projects in taxonomy and systematics, molecular evolution, biomechanics, and ecology. At times, I may have gotten a little carried away, exploring topics so far afield that it caused one committee member, James Orr (PhD, 1995), to remark that perhaps I needed to reign in my “intellectual promiscuity.”

In a school known for its focus on quantitative and applied aquatic ecology, an outsider might think students pursuing work beyond these disciplines may be isolated. This was certainly not the case for me. If Ted gave me the encouragement and support, the SAFS community, welcoming from my first days as a graduate student, gave me the inspiration to pursue my varied interests in fishes. Lorenz Hauser, a committee member, welcomed me into his lab to learn modern genetic techniques so that I could pursue work in the molecular evolution of visual pigments. Faculty outside my committee were just as influential. Daniel Schindler took the time on frequent occasions to help me work through the ecological principles behind the odd feeding strategies in the deep sea. 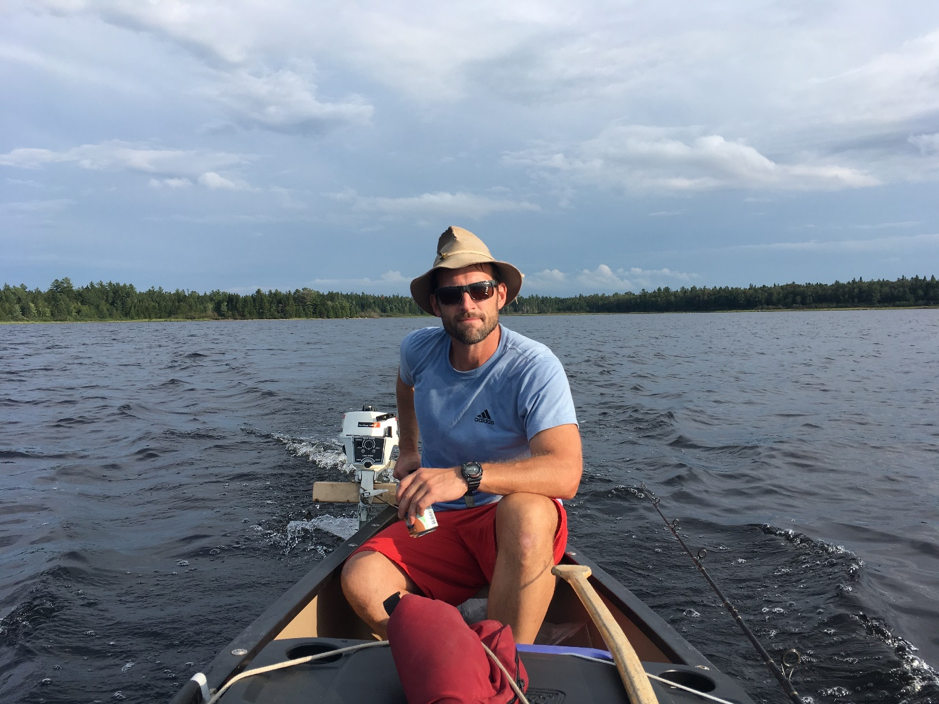 The community of students in SAFS was just as influential to my success in Seattle and later in my career. Eric Ward (PhD, 2006) and Pam Woods (MS, 2005, PhD, 2011) introduced me to modeling and quantitative methods, which are now a cornerstone of my work with fishes. Eric was particularly supportive by helping me construct a biomechanical model of muscle force production and jaw-closing dynamics in fishes. This work led to an NSF Postdoctoral Fellowship that funded a return to Harvard after I left SAFS to work on robotic models of fish feeding systems. In 2015, I took a faculty position at Boston College, where I continue my work on fish biomechanics, with a focus on using quantitative and robotic models to explore how fishes feed and swim.

As I reflect on my time at SAFS, I consider it the most rewarding and influential time in my career. Ted, my committee members, SAFS faculty, and the other students were a singular group of mentors who supported my iterations through one new project after another. As a professor and mentor to students in my own lab now, I encourage students to take a similarly unconstrained approach and seek the mentorship of a diverse group of folks with different areas of expertise.