“Why fish?” asked my Grandma, perplexed, as I told her I was starting a PhD program at UW. Apparently studying trees was completely normal (my brother was in forestry), but fish were too… slimy. Admittedly, I’d never been a fish lover, but I thought that the field of fisheries would let me apply my interests in oceanography and ecology to problems that matter very directly for humans – and that this would keep me motivated through grad school and beyond. I was right.

I grew up in Seattle, with my feet in Puget Sound, poking around and asking questions. I quickly found my way into oceanography as an undergraduate at Stanford University. In hindsight, a few experiences at Stanford set me on my path. First, I took a freshman seminar on El Niño (this was 1998), and for my class project I investigated the impact of El Niño on salmon in the Pacific Northwest. This led me to contact Bob Francis at UW, who had just published research with Nate Mantua on salmon and the Pacific Decadal Oscillation. Six years later, Bob became my co-advisor at SAFS, and Nate agreed to serve on my committee. Second, I became involved in field work that took me to Antarctica as an undergrad and eventually led to two field seasons at Palmer Station, helping with research on nearshore oceanography. It was an excellent adventure, and the experience solidified my desire to become a natural scientist. Yet I found I wasn’t enthusiastic about studying plankton. I guess I thought they were too small, and in my youthful world view, too far removed from the environmental challenges of the day.

And so I landed at SAFS, determined to study salmon and climate, and found great support in Bob Francis’s lab and soon thereafter in Daniel Schindler’s lab (when Bob retired). I spent part of my summers at a small field camp in Alaska as part of the UW Alaska Salmon Program (ASP), and loved being surrounded by so much wild, complicated nature. I also found that I really enjoyed the more quantitative aspects of fisheries. I was able to work with some amazing datasets (ASP creek surveys dating back to the 1940s and a Norwegian beach seine survey dating to 1919), and the quantitative courses I took at SAFS gave me the tools to tackle interesting problems. And, I met great friends, many of whom are now also colleagues.

Part way through graduate school I had the opportunity to go to Norway under a joint NSF/Research Council of Norway program. SAFS was flexible, Daniel was supportive, and I spent six months at the University of Oslo, studying the dynamics of Atlantic cod. After finishing my PhD in Seattle, I returned to Norway for a fellowship, which turned into a post-doc position, and I stayed for over 3 years.

When I returned to Seattle, I brought with me a growing family, and joined the Natural Capital Project. It was exciting work—developing tools and models to help inform big decisions, engaging with stakeholders, working in interdisciplinary teams. I learned a lot and grew as a scientist. However, when a job opened up at the Alaska Fisheries Science Center (AFSC) for a quantitative ecologist to work on recruitment processes and fish early life stages, I knew it would be an excellent fit for me.

I’m now a fisheries biologist at the AFSC, where I study… plankton. But they’re ichthyoplankton, which I prefer to think of as baby fish. I get to work on scientific problems that I’m interested in and that matter for our ability to sustainably manage fisheries under climate change. And, I get to engage professionally with my SAFS colleagues and friends on a regular basis.

It’s hard to overstate the impact of SAFS on my life and career. The mentorship I received from professors at SAFS, especially Daniel Schindler, shaped my approach to science. The quantitative training I received at SAFS has helped me at every stage of my career. And I’m forever grateful for my cohort of SAFS friends as we continue to navigate our careers, start families, take on new responsibilities, and figure out how to make the most of it all. 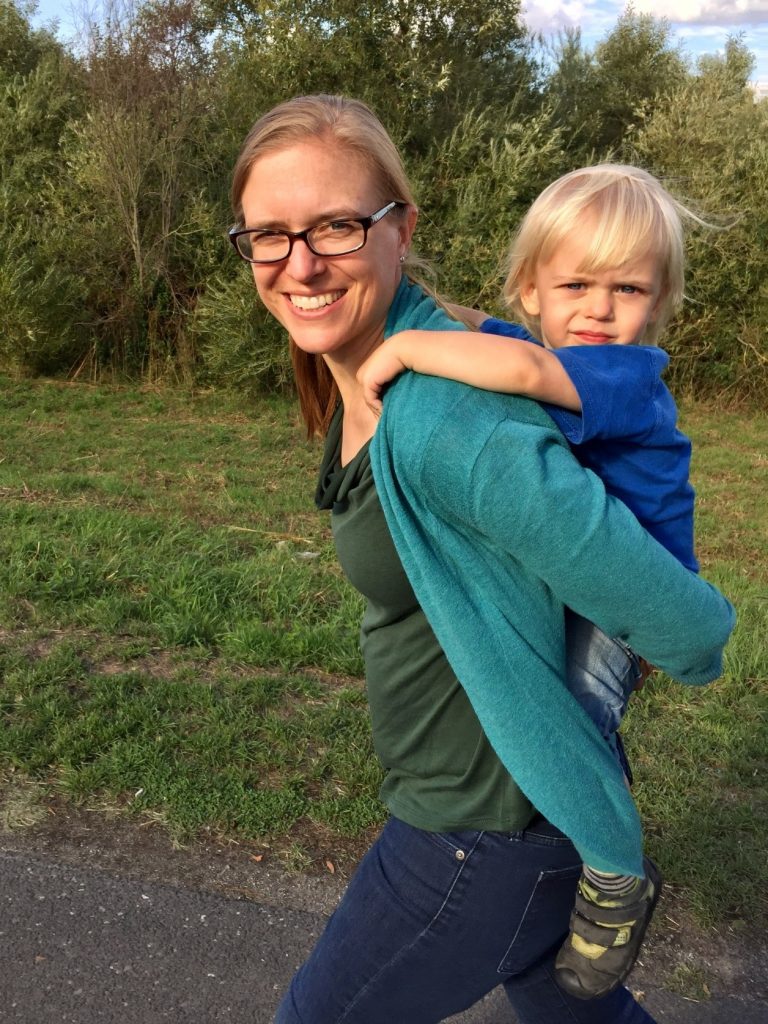