In 2011, National Marine Fisheries Service announced the end of overfishing in the U.S. This achievement was considered an important milestone for fishery management. Six years later, a study in Current Biology by Dr. Lewis Barnett (previous postdoctoral researcher) and Prof. Trevor Branch from School of Aquatic and Fishery Sciences revealed a significant decline of old-growth fishes around globe, including the U.S. Their findings revealed some potential risks in marine ecology and sustainable fisheries. Old age is not something fish can avoid, any more than people. In fact, many marine fish species exhibit extremely long-life spans. Just imagine a 100-year-old white sturgeon and a 150-year-old rougheye rockfish swimming through the sea together, beguiling the twilight time of their lives. 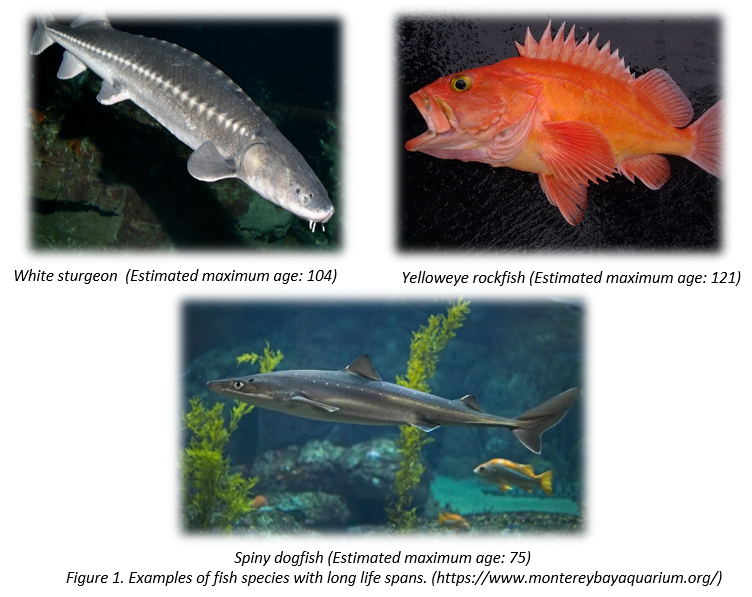 Increasing body sizes of many fish species have been associated with lower risks of predation. The size-dependent processes result in decreasing natural mortality as fish grow older and larger. Fishing, however, generally selects for larger, older fish, imposing a selection pressure that works opposite to natural mortality. As Branch explains, “the young fishes are reduced mainly through natural mortality, but the older groups are more likely to be jeopardized under both natural and fishing mortality.” Because of cumulative mortality sources throughout their lives, the number of older fishes may suffer a rapid decrease even at a moderate level of fishing, that would usually be considered to be sustainable. 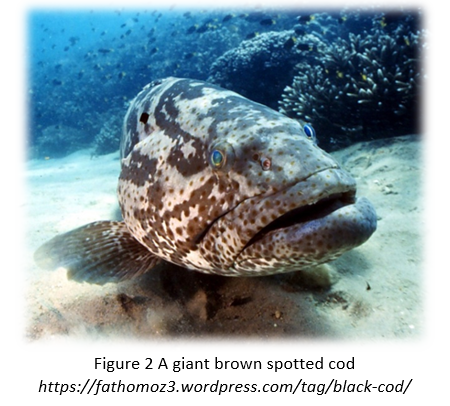 The study examined 63 fished populations across five ocean regions, and reported that the portion of fish in the oldest age groups has declined significantly. Compared to historical data, almost 80% of the population have lost their old cohorts; the rate went up to 97% in comparison to unfished values. In terms of the magnitude of decline, close to half of the populations suffered a 90% decrease of their old-growth members. As the study pointed out, the widespread removal of old fishes via fishing may put the long-term community stability and sustainable fishery at risk.

The decrease of old fishes may cause declines in birth rate and offspring survival rate. This is due to the crucial differences in reproductive ability between the old and young spawning females. Larger (and presumably older) fishes can produce higher quality and quantity eggs than their younger counterparts. In addition, their offspring may have a higher survive rate related to the fecundity of their mothers. Finally, because older fishes generally spawn earlier than younger ones, elimination of older age classes through fishing will effectively shorten the spawning season and reduce productivity.

The missing old-growth fish will cause the population to be more sensitive to future environmental change. “It’s like an insurance policy,” explains Branch, “the existence of old growth fish allow the population to persist during adverse climate conditions, when regular recruitment is essentially absent.” Also, because the offspring of older fish are more likely to survive, they can compensate the population under bad and extreme environmental conditions. Missing old fishes may destroy both “storage insurance” and “recruitment compensation”, and thereby hurt the stability and persistence of a population in bad or extreme situations.

Scarcity of old fish would also reduce the life-history diversity, which is often related to the age and size of individual species. For example, there are age-related differences in the timing and location of spawning, movements and migration. These varieties spread the population out so that it can cope with variable environmental conditions, thereby reducing the probability that all individuals in the species encounter unfavorable conditions. Meanwhile, some fish may eat differently as they grow age, and these diet shifts would benefit the stabilization of the food webs. The diversity within the species can decrease their risk of extinction. Missing old fish narrows the range of age structure and will inevitably jeopardize the diversity and stability of the fish community.

Current fisheries management is based on maintaining spawning biomass. But as the study implies, we may need to do more to help save older fishes. One option is to limit harvesting to specific size and weight ranges, so that extremely young and old fishes could be protected from commercial fisheries. But this approach has its limitations in practice. For many fish species living in deep waters, even though fishers can pick them out of each haul and throw back to the sea, they may die when brought up to the ocean surface.

For the species with limited mobility, like oysters and clams, or some fishes that live near coral reefs, rotational harvests are another option. By rotating through a small number of fishing grounds each year, fish will always have the opportunity to grow larger and older. “For some specific species, like geoduck, people bid auctions for the harvesting,” as Branch recalls, “this can also help us better monitor and manage the rotational harvest.”

Another suggestion is to establish marine reserves, preventing fish harvest for certain regions. This may help boost population and bring back old cohorts effectively.

Limits to overfishing are certainly worth celebrating. However, it is also worth noting that the stock assessments might not be adequate to represent the true situation for fishes that exhibit complex age structure. The scarcity of old-growth fishes is not a good sign, and the fight for sustainable fisheries is not over.

This post was written by Zhengxin Lang out of the FISH 507 course on science blogging, instructed by SAFS Professors Julian Olden and Steven Roberts.